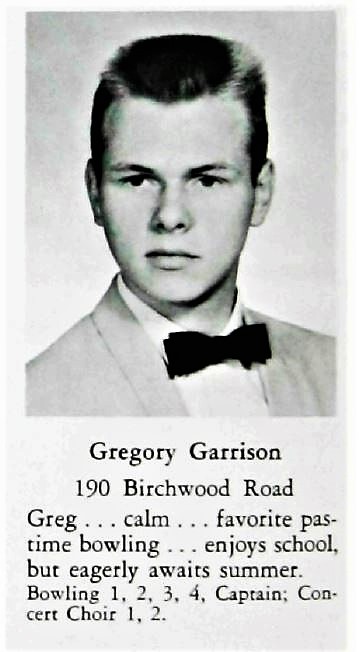 Mr. Gregory J. Garrison, 72, died peacefully surrounded by his family on February 2, 2019 at Morristown Memorial Hospital.  A lifelong resident of NJ, he was born March 15, 1946 in Jersey City and grew up in Paramus.  He lived with his wife and children in Rockaway before moving to Succasunna 34 years ago.

He served in the U.S. Navy during the Viet Nam era in the Mediterranean and was very proud of his service.  Greg enjoyed a long career as manager for AT&T for 31 years in Basking Ridge.  After his retirement he worked in the electrical department at Home Depot in Dover and in his spare time enjoyed working out at the Randolph YMCA.  Greg will always be remembered for his devoted love of his family and his many friendships.